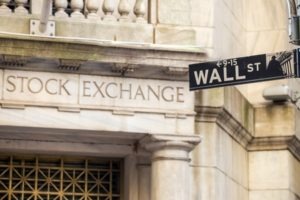 Said defendants allegedly defrauded investors and misappropriated investor funds between June 2013 and January 2017 via sales of securities in a company that reportedly claimed to have rights to a crude oil processing technology, the SEC notes.

Joseph Laura allegedly drew up investor contracts that contained reportedly baseless and unreasonably optimistic projections regarding the timing and amount of investment returns, and also allegedly made false statements regarding the use of offering proceeds, according to aforementioned SEC Reports under review by investor rights attorney Alan Rosca.

Laura also allegedly claimed investor funds would be implemented for working capital when less than half of the investors’ funds went to legitimate business uses, the SEC states. Laura, rather than making legitimate investments, allegedly misappropriated more than half the funds raised, the SEC reports.

Sichenzio and Gil de Rubio also allegedly schemed with, and aided and abetted Laura in the fraud, were aware of Laura’s misappropriation, and also took in investor funds, the SEC notes.

The SEC’s complaint was filed in federal district court in Brooklyn, NY.

The Goldman Scarlato & Penny PC law firm represents investors who lose money as a result of investment-related fraud or misconduct and are currently investigating Anthony R. Sichenzio, Joseph M. Laura, & Walter Gil de Rubio‘s alleged alleged investment fraud scam. The firm takes most cases of this type on a contingency fee basis and advance the case costs, and only gets paid for their fees and costs out of money recovered for clients. Attorney Alan Rosca, a securities lawyer and adjunct professor of securities regulation, and has represented thousands of victimized investors across the country and around the world in cases ranging from arbitrations to class actions.

Investors who believe they lost money as a result of Anthony R. Sichenzio, Joseph M. Laura, & Walter Gil de Rubio‘s alleged alleged investment fraud scam may contact attorney Alan Rosca for a free no-obligation evaluation of their recovery options, at 888-998-0530, via email at rosca@lawgsp.com, or through the contact form on this webpage.