Brenda A. Smith, of Philadelphia, Pennsylvania, is the subject of an SEC suit that alleges she engaged in fraudulent, deceptive, and manipulative business practices and perpetrated a Ponzi-like scheme, according to a Complaint filed in the U.S. District Court for the District of New Jersey under review by investor rights attorney Alan Rosca.

Brenda A. Smith, who worked out of West Conshohocken, Pennsylvania, along with her co-Defendants, allegedly solicited approximately $105 million from investors in the Philadelphia area and elsewhere for purported investment in sophisticated securities trading strategies, according to the aforementioned Complaint.

Investor rights attorneys Alan Rosca and Paul Scarlato, of the Goldman Scarlato & Penny PC law firm, are investigating activity related to Brenda A. Smith’s alleged Ponzi scheme. They are collecting evidence, have been interviewing individuals with direct knowledge of key aspects of Smith’s alleged scheme, and have identified a number of potential recovery options for investors. Their focus is on certain third parties that, they believe, played a role in assisting, enabling, or failing to prevent Smith’s alleged fraud.

Investors who believe they may have lost money in activity related to Brenda A. Smith’s alleged fraudulent, deceptive, and manipulative business practices are encouraged to contact attorneys Alan Rosca and Paul Scarlato with any useful information or for a free, no obligation discussion about their options.

Brenda Smith, from at least February 2016 through the present, along with defendants Broad Reach Capital, LP, defendant Broad Reach Partners, LLC , and defendant Bristol Advisors, LLC – all of which were entities she controlled – allegedly engaged in the aforementioned alleged fraud, the Complaint notes.

Smith, however, allegedly misused the vast majority of the funds she raised from investors for unrelated companies, to pay back other investors, and for personal use, and, in 2019, was confronted with at least one investor trying to redeem their investment, the Complaint further details.

Smith then allegedly created a fictitious valuation of assets backed by false claims that she held billions of dollars in assets through a company she owned, the Complaint reports.

Smith allegedly dominated and controlled the Entity Defendants such that they were essentially her so-called alter egos, the Complaint states.

Smith through the aforementioned Entity Defendants, allegedly offered limited partnership interests in the Fund to investors beginning in early 2016, the Complaint details.

From the Fund’s inception, Smith purportedly raised approximately $105 million from at least 40 investors, the Complaint states. Said investors are still owed more than $63 million in principal, the Complaint notes, and the case has all the telltale signs of an alleged Ponzi scheme, according to Reports from Philadelphia. 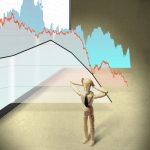 Brenda A. Smith, in order to allegedly solicit and retain investors, allegedly represented that the Fund employed several profitable, sophisticated trading strategies involving highly liquid securities, including those that it was uniquely positioned to pursue because of its access to the Philadelphia Stock Exchange trading floor, the Complaint states.

In truth, only a small fraction of investor money was actually used for these strategies, the Complaint states.

A good amount of the funds were allegedly moved through the bank accounts of entities Smith controls and ultimately used to, among other things, make her own personal investments and to repay other investors, the Complaint reports.

The SEC maintains that these and other performance statements were allegedly false, the Complaint details.

Brenda A. Smith has also been charged by the U.S. Attorney’s Office for the District of New Jersey with four counts of wire fraud and one count of securities fraud, the Complaint states.

Smith previously was disciplined by FINRA in June, and her registration was revoked and she was barred from associating with any FINRA member, FINRA notes.

An investment adviser serves in a position of trust and has a fiduciary duty to speak truthfully to clients… We allege that Ms. Smith breached her clients’ trust by misleading investors with false claims of how she invested their money and how those investments performed.

What Brenda Smith Investors Should Do

The Goldman Scarlato & Penny PC law firm represents investors who lose money as a result of investment-related fraud or misconduct and are currently investigating  Brenda A. Smith’s alleged fraudulent, deceptive, and manipulative business practices. The firm takes most cases of this type on a contingency fee basis and advance the case costs, and only gets paid for their fees and costs out of money recovered for clients. Attorney Alan Rosca, a securities lawyer and adjunct professor of securities regulation, has represented thousands of victimized investors across the country and around the world in cases ranging from arbitrations to class actions.

Investors who believe they lost money as a result of  Brenda A. Smith’s alleged fraudulent, deceptive, and manipulative business practices may contact attorneys Alan Rosca or Paul Scarlato for a free no-obligation evaluation of their recovery options, at 888-998-0530, via email at rosca@lawgsp.com, or through the contact form on this webpage.

Tags: Brenda Smith , Brenda Smith complaint , Brenda Smith investors , Brenda Smith lawsuit , Brenda Smith losses , Brenda Smith scheme
In our legal system, every person is innocent until and unless found guilty by a court of law or a tribunal. Whenever we reference “allegations” or charges that are “alleged,” such allegations or charges have not been proven, and are merely accusations, not findings of fault, as of the date of the blog. We do not have, nor do we undertake, a duty to continue to monitor or follow cases about which we report, and/or to publish subsequent updates regarding various developments that may occur in such cases. Readers are encouraged to conduct their own research regarding any such cases and any developments that may or may not have occurred in such cases. Also, the brokercheck report linked to some of our blogs is the up-to-date version as of the date of accessing. Visitors may check the most recent version of each brokercheck report at www.finra.org.