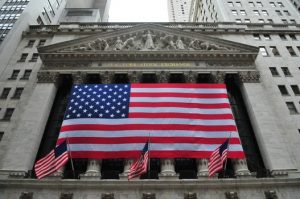 David Harrison Miller, a registered broker and investment adviser with a brokerage firm in Atlanta Georgia, is the subject of multiple pending customer disputes instituted against him on the allegations of sales practice violations and account mismanagement according to an investigation by investment lawyer, Alan Rosca.

Miller is currently registered with Peachcap Securities, Inc in Georgia. He was in the employment of the firm when he allegedly committed the acts alleged in the multiple customer disputes.

David H. Miller Is the Subject of Multiple Customer Disputes

Publicly available records reviewed by the broker misconduct lawyers at Goldman Scarlato & Penny reveal that David Harrison Miller has been the subject of 14 customer disputes between the period of December 2018 and May 2020 on the allegation of sales practice violations and other similar allegations as reported on his FINRA Brokercheck page.

A customer dispute instituted in May 2020 is alleging violation of sales practices including unsuitable investments, misrepresentation and omission of material facts and unauthorized trading on the client’s account. The client seeks to recover damages to the tune of $48,496.70 from the pending customer dispute. Another client making similar claims and allegations is seeking to recover $48,993 in damages in an action instituted a few days prior to the latest dispute in May 2020.

In a similar dispute instituted in January 2020, the client alleged that the sales practice violation was allegedly carried out on their account between the period of October 2015 to early 2017. The client seeks to get damages to the tune of $49,551. On an account managed between October 2015 and December 2016, a client is alleging sales practice violations including unsuitable investments and failure to diversify their investments in a dispute instituted in February 2020. The client is seeking to recover $22,009.49 in damages from this dispute.

It should also be noted that David Harrison Miller has settled other customer disputes during the period. The earliest dispute was settled in December 2018. The dispute which was based on the allegation that the client was unhappy with the performance of his investment with an affiliated firm was settled for $100,000.

In another dispute instituted in April 2019, the broker and investment adviser settled another customer dispute on the same allegation. The client sought to recover $315,000 in damages and the dispute was settled for the same amount. David Harrison Miller also settled another customer dispute in June 2019. The clients alleged that they were unhappy with the performance of their investment with an affiliated firm. the client instituted the dispute proceedings to recover $150,000 in damages but the dispute was settled for $50,000.

Miller also settled a customer dispute in August 2019. The client alleged that the investment did not perform as expected and thus, they were unhappy with it. The client sought to recover $1,200,000 in damages but the dispute was settled for $550,000.

The Goldman Scarlato & Penny PC law firm represents investors who lose money as a result of investment-related fraud or misconduct and is currently investigating conducts related to Peachcap Securities broker David Harrison Miller’s pending customer disputes on the allegations of multiple violations of sales practice and account mismanagement. The firm takes most cases of this type on a contingency fee basis and advances the case costs, and only gets paid for their fees and costs out of money recovered for clients.

Attorney Alan Rosca, a securities lawyer and adjunct professor of securities regulation, and has represented thousands of victimized investors across the country and around the world in cases ranging from arbitrations to class actions.

Investors who believe they lost money as a result of conducts related to broker David Miller’s pending customer disputes on the allegations of multiple violations of sales practice and account mismanagement, may contact attorney Alan Rosca for a free no-obligation evaluation of their recovery options, at 888-998-0530, via email at rosca@lawgsp.com, or through the contact form on this webpage.