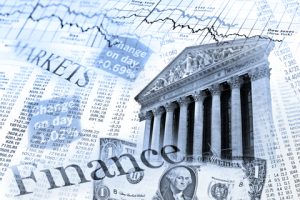 Floyd Powell investigation by attorney Alan Rosca revealed that Powell, a previously registered broker, has been barred by the Financial Industry Regulatory Authority (FINRA) on the allegation of selling unapproved and unsuitable investments to investors and he is currently the subject of pending customer disputes on similar allegations.

Securities attorney Alan Rosca of the Goldman Scarlato & Penny PC law firm is investigating conduct related to the bar of Floyd Powell for the alleged sale of unapproved and unsuitable securities to investors and the pending customer disputes on the similar allegations. Floyd Powell investigation also revealed that he was previously in the employment of MML Investors Services, LLC, a FINRA member firm till February 2018.

The Floyd Powell investigation of public records by the Goldman Scarlato & Penny broker misconduct lawyers reveals that the previously registered broker was barred by FINRA for engaging in unapproved private securities transactions and also recommending unsuitable investments according to the reports on his FINRA brokercheck page. According to the reports, Powell allegedly engaged in unapproved private securities transaction worth $3.49 million outside the notice of his firm.

It was further alleged that the previously registered broker solicited investors to invest in securities issued by the Woodbridge Group of Companies LLC.

Floyd Powell investigation also revealed that he allegedly purchased promissory notes issued by the company for over 13 investors out of which 11 of the investors were clients of his associated firm. The former broker allegedly sold $3,491,707 worth of securities in the transaction and earned $103,598 in commissions from the transactions.

In settling the allegations, without accepting or denying the findings, Floyd Earl Powell consented to the sanction and signed the Letter of Acceptance, Waiver & Consent. By virtue of this, he was barred indefinitely in all capacities starting from February 2019.

The Woodbridge Group of Companies which filed for bankruptcy in December 2017 sold the Woodbridge securities which was an alleged, $1.2 billion Ponzi scheme. The alleged Ponzi scheme reportedly defrauded over 8000 investors in which majority of them were elderly investors. The Securities and Exchange Commission, in 2018, initiated proceedings against 10 companies and 13 individuals for fraud in connection with the Ponzi scheme. The U.S District Court for the Southern District of Florida also ordered the group of companies to pay almost $900 million in disgorgement. The CEO, Robert Shapiro, in addition to being ordered to pay $100 million in disgorgement was also charged by US federal prosecutors alongside two former executives in April 2019 for orchestrating the Ponzi scheme. The company filed for bankruptcy in 2017 on the reasons of increasing cost of litigation, government fraud investigation and cost of expansion.

The Floyd Powell investigation uncovered that in a customer dispute initiated in February 2020, the client alleged that the former broker in November 2016 recommended unregistered, unsuitable and fraudulent investments to her to invest in. The client further alleged that Floyd E. Powell also made false representations and failed to disclose material facts about the investments. This client is seeking to recover $101,001 in damages.

In another dispute initiated in the same month, the client alleged that the former broker recommended inappropriate and unsuitable investments to them beginning in early 2017. This dispute was settled for $62,500.

Floyd Powell also settled another customer dispute in March 2019 on similar allegations. The client alleged that the previously registered broker recommended that she invest in unregistered and fraudulent investment programs. In this process, the client alleged that the former broker made false representations and failed to disclose material facts. The client sought $100,001 in damages but the dispute was resolved for $25,000.

Was Floyd Powell Your Broker?

The Goldman Scarlato & Penny PC law firm represents investors who lose money as a result of investment-related fraud or misconduct and is currently investigating conduct related to Floyd Powell’s bar by FINRA and his pending customer dispute on the allegation of unsuitable investment recommendation. The firm takes most cases of this type on a contingency fee basis and advances the case costs, and only gets paid for their fees and costs out of money recovered for clients. Attorney Alan Rosca, a securities lawyer and adjunct professor of securities regulation, has represented thousands of victimized investors across the country and around the world in cases ranging from arbitrations to class actions.

Investors who believe they lost money as a result of conduct related to Floyd Powell’s bar by FINRA and his pending customer dispute on the allegation of unsuitable investment recommendation, may contact attorney Alan Rosca for a free no-obligation evaluation of their recovery options, at 888-998-0530, via email at rosca@lawgsp.com, or through the contact form on this webpage.