The allegations against former broker Michael Barry Carter (Mike Carter), located in Knoxville, Tennessee, and former Morgan Stanley agent in McLean, Virginia, are currently being investigated by investment fraud attorney Alan Rosca and his colleagues at Goldman Scarlato and Penny. Michael Carter investigation was prompted by a customer complaint, disclosed on June 12, 2020 in Carter’s FINRA Brokercheck report. Reportedly, Carter is accused of misappropriating funds from a client’s account while employed by the company Morgan Stanley.

Investors who are concerned that they have lost money as a result of Michael Carter’s alleged misappropriated funds are encouraged to contact investment fraud attorneys Alan Rosca and Paul Scarlato who are currently evaluating potential recovery options. All consultations are free.

Michael Carter has also received a complaint from the Plaintiff Securities and Exchange Commission in relation to his alleged activities involving misappropriating funds from individuals known to Carter through familial ties and friendship. The first alleged victim had money transferred from their account into an associated account of Carters, in which he supposedly forged their signature and falsified the legally required transfer authorization forms.

From approximately October 2007 to May 2019, Carter allegedly misappropriated approximately $6 million from brokerage customers and an elderly investment client while working as their financial advisor, according to public records reviewed by the Goldman Scarlato & Penny attorneys Alan Rosca and Paul Scarlato, who are investigating this matter on behalf of victimized investors.The Securities and Exchange Commission also accuses Carter of diverting account information to personally held post boxes or false email addresses, to conceal the accurate financial information from investors. 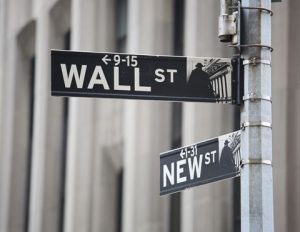 Michael Barry Carter has been barred by FINRA

According to a AWC signed by Carter, he failed to satisfactorily respond to a FINRA request for information related to FINRA’s investigation into allegations of misconduct made by Morgan Stanley, his former employer. As revealed by the public records, Carter’s employment was terminated in July, 2019 due to allegations that he misappropriated client funds.

The four customer disputes shown on Carter’s FINRA report, which span through 2019, are related to unauthorized withdrawal of funds from clients’ accounts and misappropriation. In the most recently settled customer dispute dated November 15, 2019 settlement amount was $1.3 million, but the requested amount was $6.8 million. Prior to that, a customer requested $4 million damages for unauthorized withdrawals in the account that allegedly took place between 2007 and 2014. This customer dispute settled for $3,193,500.00.

Another dispute disclosed in September, 2019 on Carter’s Brokercheck report states that the client’s POA verbally alleged that a Liquidity Access Line was opened without authorization from the customer and that certain withdrawals were also unauthorized. These actions are alleged to have spanned from December 2017 to May 2019. Reportedly, the customer received a settlement in the amount of $1,357,841.68. Few days later, another customer alleged that between 2015 and 2017 unauthorized withdrawals were made in the account. This dispute settled for $676,174.01. 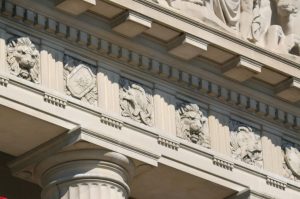 In a July 20 press release, the United States Attorney for the District of Maryland Robert K. Hur announced that “Michael Barry Carter, age 47, of Potomac Falls, Virginia, pleaded guilty today to federal charges of wire fraud and investment adviser fraud, in connection with a scheme to steal more than $6 million.”

Carter allegedly carried out schemes by falsifying internal forms to move money from his customer’s accounts into his own bank account at another institution using unauthorized wire transfers. He concealed this by providing customers with false account statements and by misrepresenting the security of these investments.

Carter is accused of using these misappropriated funds to support his lifestyle, which included paying credit card bills, cash withdrawals, payments for a large home mortgage, and the purchasing of a luxury car. As part of the guilty plea, Michael Carter agreed to pay a money judgment in the amount of $4,355,110.39

If you are concerned that you may have lost money as a result of misconduct or misappropriation of funds by Michael Carter, investor rights attorneys at Goldman Scarlato & Penny are currently investigating Michael Barry Carter’s alleged misconduct and are preparing to take action.

Goldman Scarlato and Penny represents investors who have lost money due to misappropriation or misconduct. The firm works on a contingency fee basis and receives fees and case costs from the money which is recovered for their clients. Investment fraud lawyer Alan Rosca has represented thousands of victimized investors around the world and across the country, in cases ranging from class-action suits to arbitrations.

If you have concerns that you have lost money as a result of Michael Carter‘s alleged activities, feel free to contact attorneys Alan Rosca or Paul Scarlato for a free, no-obligation assessment of your recovery options. You can contact them via phone at 888-998-0530, via email at rosca@lawgsp.com, or through the contact form on this webpage.