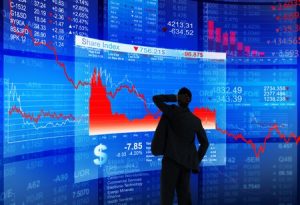 The alleged scheme was ongoing for more than four years and over 17,000 investors across the United States were affected by the alleged scam.

Goldman Scarlato & Penny PC law firm represents victimized investors of Ponzi schemes and broker misconduct, and are currently representing GPB investors in the class action filed against GPB Capital, other GPB affiliates, along with Gentile, Schneider, Lash, and others. Investors who are concerned about their investments in GPB are encouraged to contact attorney Alan Rosca for a free, no-obligation consultation and discussion of options, or to provide any useful information. Call 888-998-0530, via email at rosca@lawgsp.com, or through the contact form on this webpage.

The SEC filed a complaint against the New-York based asset management firm, GPB Capital and their affiliated entities and control persons alleging a Ponzi-like scheme and defrauding investors in a $1.7 Billion scheme, according to the February 4, 2021 press release.

As part of the alleged scheme, GPB Capital allegedly targeted accredited investors, whose net worth or income qualified them to participate in private placement securities transactions that are exempt from SEC and state registration requirements.

The alleged scheme focused on the sale of unregistered, high-commission limited partnership interests in a series of alternative-asset investment funds allegedly managed by GPB Capital.

GPB Capital, with the alleged assistance from CEO and owner, David Gentile, and former managing partner Jeffrey Lash, allegedly manipulated financial statements of certain partnership funds managed by GPB Capital in order to give the false appearance that the funds were generating more income than it actually was, according to the SEC.

Between August 2015 and December 2018, the defendants allegedly engaged in a scheme to defraud current investors and prospective investors through material misrepresentations and omissions.

The SEC’s Complaint further notes that GPB Capital and Ascendant Capital allegedly made misrepresentations to investors about millions of dollars in fees and compensation received by Gentile and the owner of Ascendant Capital, Jeffrey Schneider.

The firm allegedly failed to inform investors of the true financial conditions of the limited partnership funds and failed to register two of the funds with the SEC. In addition, GPB Capital allegedly violated whistleblower provisions by preventing individuals from coming forward to the SEC through termination and separation agreements, the Complaint notes. 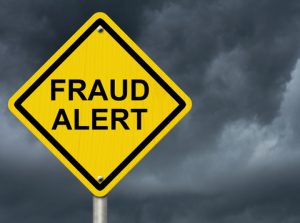 On February 4, 2021 David Gentile, Jeffrey Lash, and Jeffry Schneider were charged by the US prosecutors with engaging in a scheme to defraud investors with misrepresenting where funds used to make monthly distribution payments came from as well as lying about the amount of revenue by two of GPB’s investment funds, according to the U.S. Attorney’s Office Department of Justice.

Schneider and Lash were reportedly arrested and Gentile has reportedly agreed to surrender on all related charges.

Reportedly, the defendants used the fund’s assets to enrich themselves, including paying for a private jet, luxury travel, direct payments to personal bank accounts, purchasing luxury cars, payments to family members, among others, according to State complaints filed against GPB Capital.

GPB Capital investors who are concerned about their GPB investments are encouraged to contact attorney Alan Rosca by calling 888-998-0530, via email at rosca@lawgsp.com, or through the contact form on this webpage for a free case evaluation and discussion of options.

The North American Securities Administration (NASAA) announced that seven state securities filed regulatory actions against GPB Capital and others for their alleged $1.7 billion scheme to defraud over 17,000 investors nationwide.

The state complaints and administrative proceedings reiterate the fraud allegation brought by the SEC, and in addition report the following allegations:

The states are reportedly seeking court-ordered monetary penalties, investor restitution, disgorgement, and permanent injunctive relief barring the defendants from violating securities laws or participating in the sale or issuance of securities in the future.

Goldman Scarlato & Penny PC law firm has represented thousands of victimized investors of Ponzi-schemes and broker misconduct. Attorney Alan Rosca and his colleagues are currently pursuing compensation on behalf of GPB Capital investors the class action filed against GPB Capital and other perpetrators of the alleged GPB scheme.

The firm takes most cases of this matter on a contingency fee basis and advance the case costs. We only get paid for fees and costs out of money recovered for clients.

Investors who are concerned about their investments with GPB Capital Holdings, David Gentile, Jeffry Schneider, and Jeffrey Lash are encouraged to contact an experienced securities lawyer for a free case evaluation or discussion of potential options by calling 888-998-0530, via email at rosca@lawgsp.com, or through the contact form on this webpage.