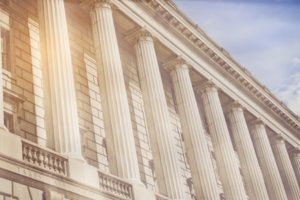 Attorney Rosca and his law firm, Goldman Scarlato & Penny, P.C. are investigating the sales practices surrounding the GPB Capital Holdings private placement sales by investment advisors across the country. GPB Capital investors who are concerned about their investments may contact attorney Alan Rosca or his colleagues for a free, no-obligation evaluation of their legal option or to provide any information that may assist their investigation.

GPB Capital Holdings has reportedly raised $1.8 billion and owns more than 100 companies in its various portfolios, according to its own website.

Investors in GPB Capital’s private placement funds, however, have been waiting for financial statements for its two largest funds, GPB Automotive Portfolio and GPB Holdings II, according to SEC filings report. GPB made statements that the firm would be overhauling and restating financial statements of certain funds as part of an accounting review, the SEC notes.

Crowe LLP also suspended its work relating to an audit in order to allow GPB management more time to finish the partnership’s 2017 financial statements. In November of 2018, GPB reportedly told broker-dealers that sold its funds that Crowe had resigned. GPB has raised $1.8 billion from investors, many of whom invest in illiquid, high-risk private placements for income.

David Gentile, CEO of GPB Capital Holdings, has made the following statement:

Crowe notified GPB Capital that it elected to resign as the auditor for the partnership… due to perceived risks that Crowe determined fell outside of their internal risk tolerance parameters.

Such a huge change at such a critical juncture usually raises large concerns to investors who have put large chunks of capital into GPB Capital Holdings private placement deals.

Private placement investments are complex financial instruments and are often quite risky. Private placements must meet strict registration and reporting requirement as set forth by the SEC, and are usually sold under a high fee and commission structure, and one brokerage executive reportedly has indicated that the sales loads for private placements were 12%, including a 10% commission to the broker and his or her broker-dealer, as well as a 2% fee for offering and organization costs.

GPB Capital Allegedly Filed Lawsuit in Connection with the Sale of $40M of Car Dealerships; Patrick Dibre Allegedly Did Not Deliver Dealerships After He Was Advanced $42M from GPB

GPB Capital Holdings allegedly filed a lawsuit related to the sale of $40 million worth of auto dealerships to GPB, according to a Complaint filed in New York Supreme Court under review by investor rights attorney Alan Rosca.

GPB, between December 2013 and April 2015, allegedly made advancements to Dibre of $42 million for auto dealerships which he purportedly never delivered, according to the Complaint. Dibre also allegedly failed to provide the required notices to start the sales process of five dealerships, the Complaint notes.

Dibre reportedly held himself out to the firm as an individual who could build out GPB’s auto dealership business, according to the Complaint which was filed in New York Supreme Court in Nassau County.

Finally, it is important to note that, as of the date of this article, there has not been a finding of liability as to the allegations mentioned in this article, unless otherwise indicated.

The Goldman Scarlato & Penny PC law firm represents investors who lose money as a result of investment-related fraud or misconduct and are currently investigating sales practices surrounding GPB’s private placement. The firm takes most cases of this type on a contingency fee basis and advance the case costs, and only gets paid for their fees and costs out of money recovered for clients. Attorney Alan Rosca, a securities lawyer and adjunct professor of securities regulation, and has represented thousands of victimized investors across the country and around the world in cases ranging from arbitrations to class actions.

Investors who believe they lost money as a result of GPB’s private placement investments may contact attorney Alan Rosca for a free no-obligation evaluation of their recovery options, at 888-998-0530, via email at rosca@lawgsp.com, or through the contact form on this webpage.