Former broker and investment advisor, Gerald Allan Eaton, has been allegedly barred after allegations of fraudulently converting $3.7 million from accounts of at least fifteen clients to funds accessed for his own personal use, according to the SEC order. The order is alleging that Eaton targeted clients who were elderly, and in poor physical or mental health over the course of at least twenty years while associated with Commonwealth Financial Network in Acton, Massachusetts. Gerald Eaton fraud allegations consist of wire fraud, mail fraud, as well as identity theft to allegedly misappropriate money and property from investment accounts that he managed on behalf of his clients.

Securities lawyers of Goldman Scarlato & Penny PC Law Firm have experience representing investors who have been victims of fraud and conversion of customer funds. Investors who have questions or believe they may have suffered losses as a result of similar allegations brought against former Commonwealth Financial advisor Gerald Eaton, are encouraged to contact an experienced investor rights attorney Alan Rosca for a free case evaluation and discussion of their recovery options at 888-998-0530, via email at rosca@lawgsp.com, or through the contact form on this webpage.

Concerned about your investments with Gerald Allan Eaton?

On September 30, 2020, Gerald A. Eaton pled guilty to one count of wire fraud, one count of mail fraud, and one count of aggravated identity theft. According to the press release from the Massachusetts Attorney’s Office, Eaton allegedly liquidated securities, insurance policies and annuities, among others. These sales were neither authorized by nor disclosed to his clients, according to the indictment.

Among other methods to carry out his scheme, Gerald Eaton allegedly forged client signatures and induced clients to sign documents by falsely stating that the transactions were in the clients favor. In one instance outlined in the indictment, Eaton transferred $550,000 from a client’s investment account into a bank account he had opened using his wife’s first name and a fake last name, falsely stating that the victim was gifting the shares.

The indictment states that, to avoid detection, Gerald Allan Eaton often misappropriated funds in accounts of clients who were elderly and in poor health. Also noted in the indictment, his victims included an elderly woman from Chatham, Massachusetts and an elderly man in Leominster, Massachusetts. Furthermore, Eaton allegedly used the converted funds to pay for things like his personal credit card bills and his home equity line of credit.

Gerald Eaton Discharged from Commonwealth in 2019

According to this record, Eaton had been registered since 1992 when he joined with John Hancock Distributors and John Hancock Mutual Life Insurance, both FINRA member firms. In January of 1996, Eaton became associated with Commonwealth Financial Network in Acton, Massachusetts, where he was also a certified financial planner and insurance agent. He did business under the name Heritage Financial Group, in which Eaton acted as owner and CEO, according to the SEC order.

Gerald A. Eaton’s conversion scheme reportedly began around August 1999, while associated with Commonwealth, and continued until his termination by the firm in November 2019. According to the SEC, quoting the Form U5 which ordered his termination, Eaton was fired for “fraudulently facilitating distributions from the accounts of clients without their knowledge or consent or for their benefit.”

Following his termination with Commonwealth, FINRA began an investigation into Eaton’s alleged deceptive conduct, according to FINRA’s Letter of Acceptance, Waiver and Consent. Gerald Eaton was barred by FINRA after refusing to provide documents and information requested for the agency’s investigation into allegations contained in the Form U5, as alleged in the AWC signed in November of 2019.

Resulting from sanctions by the FINRA and the SEC, Eaton is currently barred from working as a broker or investment advisor or otherwise associating with firms that sell securities or provide financial advice, as stated on Gerald Eaton’s FINRA Broker Check.

It is important to note that, as of the date of this article, there has not been a finding of liability as to the complaints mentioned in this article, unless otherwise indicated. 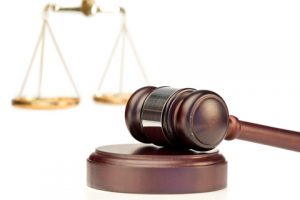 As an investment advisor, insurance agent, and financial planner, Gerald Eaton had a fiduciary duty to carry out transactions in the best interest of his approximately 200 clients, as stated in the district court’s indictment. The Goldman Scarlato & Penny PC law firm often represents investors who lose money as a result of broker misconduct and is currently investigating circumstances related to broker Gerald Eaton’s indictment with the Massachusetts District Court on the allegations of wire fraud, mail fraud, and identity theft. The firm takes most cases of this type on a contingency fee basis and advances the case costs, and only gets paid for their fees and costs out of money recovered for clients.

Gerald Eaton investors who are concerned or who have questions about Eaton fraud allegations are encouraged to call 888-998-0530, email rosca@lawgsp.com, or leave a message on this page for a free, no obligation case evaluation. All consultations are fee.