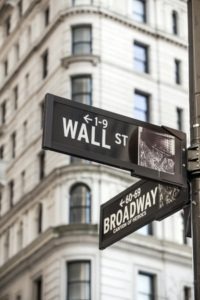 Thomas Laws pleaded guilty in Federal Court to four counts of wire fraud and one count of aggravated identity theft. Laws worked as an accountant and registered investment advisor.  He provided account, tax preparation and investment services to clients.  According to Thomas Laws fraud investigation by investor rights attorneys at Goldman Scarlato & Penny, from 2008 until 2019 Laws allegedly schemed to obtain money by false pretenses and fraudulent misrepresentations to his clients, lenders and investors.

Investor rights attorneys Alan Rosca and Paul Scarlato, of the Goldman Scarlato & Penny PC law firm, are investigating activity related to Thomas Laws’ alleged fraud and misrepresentation and would like to talk to Laws victims to learn more about this matter.

Thomas H Laws allegedly used investors funds for personal expenses for himself and his family to pay for his debts, travel, communication, media services, fire arms and cash payments totally more than $1.5 million.

As reported by the USAO for the District of New Mexico, Thomas Laws lied to clients to convince them to invest in a sham real estate investment scheme with fabricated documents indicating the clients’ investment was secured by a $650,000 mortgage. Allegedly, Laws previously mortgaged the same property to other lenders, and was under foreclosure because he defaulted on the payments. Reportedly, Laws took the $650,000 and paid it as part of a settlement to other clients he had schemed in the past.

Investors who believe they may have lost money in the alleged fraudulent activity and misrepresentation of Thomas Laws, are encouraged to contact attorneys Alan Rosca or Paul Scarlato with any useful information or for a free, no obligation discussion about their options at 888-998-0530 or via email at rosca@lawgsp.com.

Thomas Laws Found Liable in a Case Initiated By US Securities and Exchange Commission and Ordered to Pay $762,673 in Disgorgement And Prejudgment Interest

The US Securities and Exchange Commission initiated a regulatory complaint in November 2018 against Laws and his company, THL Financial Services Corporation. The SEC alleged that Thomas Laws, in his capacity as chief executive officer of Santa Fe Gold Corporation, a New Mexico mining company, misappropriated at least $1.1 m of investor funds.

According to the allegations in the complaint, after Santa Fe confronted Laws he agreed to repay the funds with a promissory note of $930,000, of which only $375,000 was repaid. Allegedly, Santa Fe identified that additional $170,000 of investor funds were misappropriated by Laws, for a total of at least $1.1 million dollars. As stated in the complaint, Santa Fe terminated Laws in September 2018 and disclosed his alleged misconduct in a 8-K filing with SEC.

According to the final judgment filed on June 28, 2019, Laws and THL Financial Services Corporation were found liable and ordered to pay $762,673 in disgorgement and prejudgment interest. In addition, Laws was found liable for a civil penalty of $500,000.

According to the Letter of Acceptance, Waiver and Consent signed by Thomas Laws in April 2019, he refused to appear and provide on-the-record testimony requested by FINRA. Reportedly, FINRA commenced the investigation into whether the former broker Thomas Laws engaged in undisclosed outside business activities and / or private securities transactions, while being associated with HD Vest Investment Services (n.k.a . Avantax Investment Services).

As stated in the AWC under the review by investor rights attorney Alan Rosca, Laws acknowledged that he received FINRA’s request and informed that he will not appear on-the-record testimony. As a result of his refusal, he was barred from association with FINRA in any member capacity. 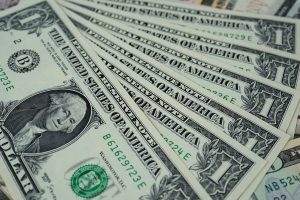 Just two days later, on July 12, 2019 Thomas Laws filed for Chapter 11 bankruptcy to discharge monies he owes to clients from his alleged misappropriation of customer funds.  In the bankruptcy records, Laws lists the Securities and Exchange Commission fine of $500,000, and the Promissory Note of $930,000 the amount owed to Santa Fe for the alleged misappropriation of at least $1.1 million.  In April 2020, Laws’ bankruptcy case was converted to Chapter 7.

According to Thomas Laws‘ FINRA Brokercheck report, on January 13, 2020, Avantax Investment Services, formerly known as H.D. Vest Investment Services, received a complaint filed in December, 2019, by a customer alleging that they invested in fraudulent investments and that the representative misappropriated their funds. The alleged damages amount is $200,325, and as of the date of this article the dispute shows as pending.

A few days later, on January 16, 2020, Thomas Laws‘ broker dealer received a second customer complaint, which reportedly was filed in November 2019. This customer complaint makes identical allegations of fraudulent investments and misappropriation of funds, but the alleged damages amount is $999,000. As of the date of this article this customer dispute shows as pending. 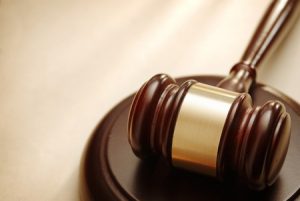 The Goldman Scarlato & Penny PC law firm represents investors who lose money as a result of investment-related fraud or misconduct and are currently investigating Thomas Laws’ alleged violations. The firm takes most cases of this type on a contingency fee basis and advance the case costs, and only gets paid for their fees and costs out of money recovered for clients. Attorney Alan Rosca, a securities lawyer and adjunct professor of securities regulation, and has represented thousands of victimized investors across the country and around the world in cases ranging from arbitrations to class actions.

Investors who believe they lost money as a result of Thomas Laws’ alleged fraud and misappropriation of customer funds, may contact attorneys Alan Rosca or Paul Scarlato for a free no-obligation evaluation of their recovery options, at 888-998-0530, via email at rosca@lawgsp.com, or through the contact form on this webpage.