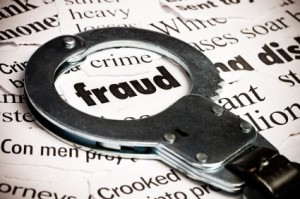 Jason Mininger allegedly orchestrated an investment fraud scheme, according to a news release issued by the U.S. Attorney’s Office for the Eastern District of California under review by investor rights attorney Alan Rosca.

Jason Mininger, a 50-year-old Folsom investment broker and adviser, also allegedly laundered money, the release notes. Mininger has subsequently pleaded guilty to alleged wire fraud and money laundering, and was recently sentenced for allegedly lying to his clients and embezzling their funds for more than three years, the release notes.

Jason Mininger, between January 2014 and May 2017, allegedly created false account statements and used a phony corporation to hide his embezzlement, and thus allegedly caused his clients to lose at least $917,714, according to the aforementioned release.

Mininger, in reality, allegedly put funds into his own bank account and then used the investors’ money for his personal expenses, the news release said. Said transaction allegedly resulted in at least $917 K in losses to his clients, the release states. Mininger also allegedly created false investment account statements to hide his embezzlement of client funds, the release notes.

Mininger has reportedly entered a plea in February, will serve 46 months in prison, and has been ordered to pay $917,714 in restitution to his reported fraud victims, the release notes. Mininger is set to be sentenced May 31 by U.S. District Judge Troy L. Nunley, according to reports.

The case resulted from an investigation by the FBI and Internal Revenue Service-Criminal Investigation, the release states.

The Goldman Scarlato & Penny PC law firm represents investors who lose money as a result of investment-related fraud or misconduct and are currently investigating Jason Mininger’s alleged investment fraud scheme. The firm takes most cases of this type on a contingency fee basis and advance the case costs, and only gets paid for their fees and costs out of money recovered for clients. Attorney Alan Rosca, a securities lawyer and adjunct professor of securities regulation, and has represented thousands of victimized investors across the country and around the world in cases ranging from arbitrations to class actions.

Investors who believe they lost money as a result of Jason Mininger’s alleged investment fraud scheme may contact attorney Alan Rosca for a free no-obligation evaluation of their recovery options, at 888-998-0530, via email at rosca@lawgsp.com, or through the contact form on this webpage.