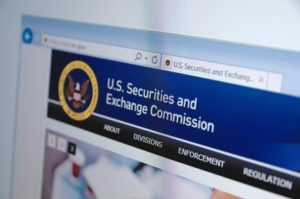 The father-and-son duo of Jerome and Shaun Cohen headed up EquityBuild and a subsidiary, EquityBuild Finance, and allegedly raised $135 million from over 900 investors since 2010, according to a Complaint from the SEC under review by attorney Alan Rosca.

EquityBuild, in a telltale sign of a Ponzi scheme, also allegedly made payments to older investors with the proceeds of newer investments, paying out roughly $14.5 million in interest payments between January 2015 through February 2017 even though fees and income from EquityBuild properties totaled only $3.8 million, the SEC states.

The SEC has also allegedly filed an emergency motion for a temporary restraining order which would bar EquityBuild from further violations of federal securities laws, stating that Equitybuild is still allegedly actively soliciting investors, according to the aforementioned Complaint under review by attorney Alan Rosca.

The Goldman Scarlato & Penny PC law firm represents investors who lose money as a result of investment-related fraud or misconduct and are currently investigating Equitybuild Inc.’s alleged Ponzi scheme. The firm takes most cases of this type on a contingency fee basis and advance the case costs, and only gets paid for their fees and costs out of money recovered for clients. Attorney Alan Rosca, a securities lawyer and adjunct professor of securities regulation, and has represented thousands of victimized investors across the country and around the world in cases ranging from arbitrations to class actions.

Investors who believe they lost money as a result of Equitybuild Inc.’s alleged Ponzi scheme may contact attorney Alan Rosca for a free no-obligation evaluation of their recovery options, at 888-998-0530, via email at rosca@lawgsp.com, or through the contact form on this webpage. The SEC will only recover a fraction of the investor’s losses, and our goal is to supplement whatever recovery is going to be available for investors through the SEC Action.