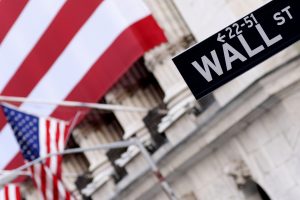 John Hoidas, a broker and investment adviser, is the subject of multiple customer disputes instituted against him on the allegation of unsuitable investment recommendation according to an investigation by lawyer for investors, Alan Rosca. If you believe you might have been a victim of John Hodias unsuitable investment recommendations and suffered losses, contact attorney Rosca and his team at 888-872-6975, via email at rosca@lawgsp.com, or through the contact form on this page.

The Goldman Scarlato & Penny PC team of lawyers for investors are investigating conduct related to the multiple customer disputes instituted against the broker, John Hoidas on the allegation that he made investment recommendations that were deemed unsuitable.

John Hoidas Is the Subject of a Pending Customer Dispute

Publicly available information reviewed by the Goldman Scarlato & Penny lawyers for investors showed that the alleged John Hoidas unsuitable investment recommendations made him the subject of a pending customer dispute instituted against him. This is in addition to the other customer dispute he had previously settled.

According to the reports on his FINRA brokercheck page, the pending customer dispute was instituted on 17th August 2020. In this dispute, the client alleged that John Hoidas made investment recommendations that were unsuitable to them as the investments exceeded their risk tolerance and financial sophistication. 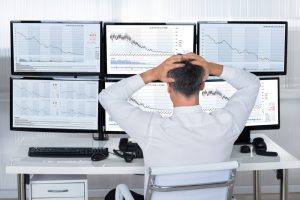 The lawyers for investors at Goldman Scarlato & Penny also found as reported on his FINRA brokercheck page that John Hoidas has settled some customer disputes prior to the pending customer dispute. The earliest dispute settled by him was a dispute settled on 1st July 2019. The client in this dispute alleged that their investments between March 2017 and March 2019 were unsuitable. The dispute was settled for $238,235.29.

In a very similar dispute settled on 4th September 2019, the client also alleged that the investments recommended by John Hoidas between May 2017 and July 2019 were unsuitable for her. As a result, the dispute was settled for $26,470.59.

The latest customer dispute initiated against him was settled on 14th November, 2019. The client made allegations relating to the unsuitability of the GPB Holdings II which were held by the clients and which they seek to rescind. The client in this dispute agreed to $26,470.59 as damages in settlement of the dispute.

Generally speaking, GPB Holdings II is part of the portfolio of investments held and controlled by GPB Capital Holdings; a firm headquartered in New York. The GPB Capital Holdings are investments into various ostensibly cash-generating sectors and businesses including automobile, waste management, technological services and healthcare among others. These investments have been investigated recently by both state and federal regulators and the law firm of Goldman Scarlato & Penny PC currently represents clients who have been affected by the GPB investments.

The Goldman Scarlato & Penny PC law firm represents investors who lose money as a result of investment-related fraud or misconduct and is currently investigating conduct related to  recommendations allegations.  The firm takes most cases of this type on a contingency fee basis and advances the case costs, and only gets paid for their fees and costs out of money recovered for clients. Attorney Alan Rosca, a securities lawyer and adjunct professor of securities regulation, has represented thousands of victimized investors across the country and around the world in cases ranging from arbitrations to class actions.

Investors who believe they lost money as a result of John Hoidas alleged unsuitable investment recommendations, may contact lawyer for investors Alan Rosca for a free no-obligation evaluation of their recovery options, at 888-998-0530, via email at rosca@lawgsp.com, or through the contact form on this webpage.