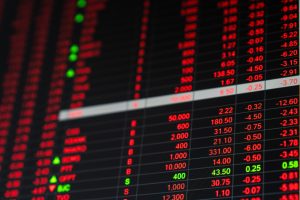 Investment loss lawyer Alan Rosca of the Goldman Scarlato & Penny PC law firm is investigating conduct related to the customer dispute instituted against broker Lee Duckworth on the allegation of recommending GPB investments, which the client alleges to be unsuitable.

Lee Alan Duckworth was, and is still in the employment of Triad Advisors LLC, a Financial Industry Regulatory Authority (FINRA) member firm, when he made the alleged investment recommendation in 2015.

Holdings and/or advisors that sold GPB Holdings to investors are reportedly the subject of various investigations by state and federal regulators since 2018 including the Financial Industry Regulatory and more recently, the Massachusetts Securities Department filed an action.

The Massachusetts Securities Department commenced an investigation into the firm in 2018 and on May 27, 2020 filed an official enforcement action. The complaint alleged that the GPB defrauded over 180 Massachusetts investors to the sum in excess of $14,000,000 through “false and misleading practices”. The complaint further highlighted that GPB Capital sold its funds by offering high commission to brokerage firms to sell the funds while also utilizing another brokerage firm to draft its key documents and marketing materials.

GPB Capital, in its marketing materials, promised investors a yearly return of 8% to be distributed monthly. The distribution was to be made from the operating profits of the funds. GPB Capital kept paying the returns for a while until it couldn’t and it allegedly resorted to paying the distributions from the funds sources from new investors.  This allegedly affected the performance of the various investments and GPB Capital allegedly did not disclose this information.

GPB Capital allegedly did not update its marketing materials to reflect the current financial status which led investors to keep investing based on the old information. This action allegedly reinforces the intention of the firm to make misrepresentations to the public.

It has also been alleged that GPB Capital initially failed to file the required audited financial statements with the SEC in 2018 and has not done so as at the time of this investigation.

According to Lee Duckworth investigation,  Duckworth, alongside his brokerage firm, Triad Advisors LLC are part of the long list of broker-dealers that allegedly sold the GPB Capital Holding alternative investments.

Goldman Scarlato & Penny attorneys are currently representing investors in a class action against GPB and its principals. Investors who are concerned they may have suffered losses as a result of investments in GPB are encouraged to call 888-998-0530, email rosca@lawgsp.com, or leave a message through the contact form on this page to discuss their options with an experienced securities attorney. All consultations are free.

Invested in GPB with Lee Duckworth?

The Goldman Scarlato & Penny PC law firm represents investors who lose money as a result of investment-related fraud or misconduct and is currently investigating conduct related to Lee Duckworth’s customer dispute on the allegations of unsuitable investment recommendation into the GPB Capital Holdings.

Investors who believe they lost money as a result of conducts related to Lee Duckworth’s customer dispute on the allegations of unsuitable investment recommendation into the GPB Capital Holdings may contact attorney Alan Rosca for a free no-obligation evaluation of their recovery options, at 888-998-0530, via email at rosca@lawgsp.com, or through the contact form on this webpage.