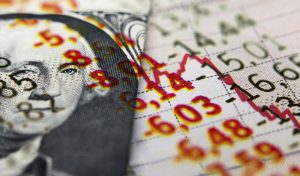 Investment loss attorney Alan Rosca, and his team at Goldman Scarlato & Penny PC law firm, announced the commencing of Mark Boucher investigation with the focus on the conduct alleged in the pending civil action instituted against Mark Boucher by the United States Securities and Exchange Commission (SEC).

Mark Joseph Boucher, a previously registered broker and investment adviser based in California is the subject of a pending civil action instituted by  the SEC on the allegation that he perpetrated multiple multi-year fraudulent schemes. Also charged with him is his one-person company, Strategic Wealth Advisor Group Services Inc., according to public records under review by attorney Rosca.

Reportedly, the relevant period from which the civil action allegations are based (December 2010 and July 2020) cuts across the period within his employment with his last two employers. Mark Boucher was last in the employment of SCF Investment Advisors, Inc., until he was discharged from their employment on 22nd May 2019. Prior to this last employment, he was registered with Raymond James Financial Services Inc. He was registered with the Financial Industry Regulatory Authority (FINRA) member firm between 4th April, 2000 and 31st March 2016.

The investment loss attorney Rosca reviewed publicly available information and found that the pending civil action was instituted against Mark Boucher by the SEC on 25th August 2020 according to the reports on his FINRA brokercheck page. According to the reports, the SEC alleged that the action was initiated following a three multi-year fraudulent scheme perpetrated by Mark Boucher and his company, Strategic Wealth Advisor Group Services (SWAG). Mark Boucher is allegedly the founder and sole employee of his company.

The Complaint filed by the SEC before the United States District Court of the Southern District of California, alleged that Mark Boucher utilized his company, SWAG to misappropriate over $2 million of clients’ money between the relevant periods. It was alleged that the misappropriated sum was from the advisory account and bank accounts of three of his investment advisory clients including an elderly client who was a widow in her 60s and another trust of a deceased client among others

According to the complaint, which prompted the Mark Boucher investigation, between 2010 and 2016 he allegedly sold the securities of the elderly widow mentioned above and diverted the proceeds to his personal accounts to allegedly pay his credit card debt, clear personal expenses like car insurances, dinners and five star trips among others.  Boucher allegedly misappropriated about $669,000 from the client forgery and even withdrew funds from the client’s advisory accounts on margin. 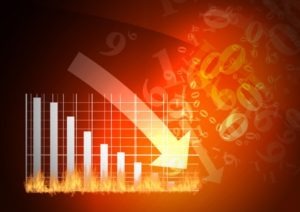 Mark Boucher also allegedly devised a scheme to steal funds from the trust account of a recently deceased client in 2019 according to the complaints. Boucher had allegedly served the deceased client since 2015 and in the process the client had created a revocable trust for the disposition of her assets upon her death. The trust allegedly made Mark Boucher the successor trustee and investment adviser. The total assets held in the trust allegedly amounted to over $1.8 million in both securities and cash. The Complaint reported that Boucher allegedly engaged in a scheme to misappropriate these funds for his personal use. It was alleged that between August 2019 and July 2020, Mark Boucher converted over $1.5 million of the trust fund by sending cash to his personal checking and brokerage accounts which he allegedly subsequently used to pay for his personal expenses and credit card debt.

As reported in the complaints, Mark Boucher and his company allegedly took many steps to conceal the fraud. Some of the steps allegedly include making many misrepresentations to the elderly widow as to the full extent of the fraud. In a bid to conceal his actions from the SEC, Mark Boucher allegedly created numerous financial accounts to hide his misappropriation of the deceased client’s trust fund but which were allegedly unsuccessful. These actions among others are the allegations levied against him in the pending civil action by the SEC according to the reports in the Complaint. The SEC alleges that he has violated various federal and state securities legislation and they are seeking permanent injunctions, disgorgements and civil penalties against Mark Boucher and his company.

The investment loss attorney, Alan Rosca also found that Mark Boucher settled a customer dispute on the similar allegation of theft and forgery in January 2020. The dispute was settled on 24th January 2020 for $542,444.83 which was the same amount originally requested by the client as reported on his FINRA brokercheck page.

The Goldman Scarlato & Penny PC law firm represents investors who lose money as a result of investment-related fraud or misconduct and is currently conducting the Mark Boucher investigation prompted by the pending civil action instituted against him by the SEC on allegations of multiple fraud. The firm takes most cases of this type on a contingency fee basis and advances the case costs, and only gets paid for their fees and costs out of money recovered for clients. Attorney Alan Rosca, a securities lawyer and adjunct professor of securities regulation, has represented thousands of victimized investors across the country and around the world in cases ranging from arbitrations to class actions.

Investors who believe they lost money as a result of Mark Boucher’s pending civil action instituted against by the SEC on allegations of multiple fraud, may contact attorney Alan Rosca for a free no-obligation evaluation of their recovery options, at 888-998-0530, via email at rosca@lawgsp.com, or through the contact form on this webpage.