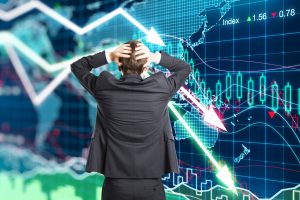 Mark Hopkins, a broker who was barred by the Financial Industry Regulatory Authority (FINRA), is the subject of a pending civil action initiated against him by the United States Securities and Exchange Commission (SEC) on the allegation of fraud and misappropriation of clients’ funds, according to Mark Hopkins investigation by Alan Rosca.

Mark Hopkins was previously registered with American Portfolios Financial Services, Inc., a FINRA member firm, between the period of July 2, 2009 and December 20, 2018. Mark Hopkins was alleged to have been in the employment of the firm when he carried out the acts leading to the pending civil action.

The Mark Hopkins investigation revealed that he was named defendant in a pending action instituted by the SEC in July 2020 and he has been the subject of previous regulatory actions and customer disputes according to the reports on his FINRA brokercheck page.

SEC is alleging that Mark L. Hopkins has violated various states and federal securities legislation including Sections 17 (a) (1), (2), (3) of the Securities Act of 1933. The Complaint filed by SEC before the District Court of the Eastern District of Michigan reported that SEC is alleging that Hopkins misappropriated about $1.15 million from at least five customers of the firm he was previously registered with.

As reported on the complaint, it was alleged that Mark L. Hopkins made representations to the customers that he would invest their funds in an investment program at a local credit union but there was no such investment. Instead, Mark Hopkins allegedly deposited the funds into an account he controlled at the credit union and he misappropriated the funds.

SEC is seeking a permanent injunction against Hopkins which will refrain him from future violations of the laws in addition to an order requiring Mark Hopkins to pay disgorgements and other civil penalties.

A regulatory action was initiated against him by the Michigan financial regulatory authority on the allegations that Mark Hopkins made omissions of material facts in connection with the offer or sale of securities.

Mark Hopkins was barred by FINRA in a regulatory action settled in May 2019. According to the brokercheck reports, the action was initiated on the allegation that Mark Hopkins refused to comply with FINRA’s request to produce documents and information requested in connection with an investigation against him. Without admitting or denying the findings, he allegedly consented to the sanctions which barred him indefinitely in all capacities

Was Mark Lewton Hopkins Your Broker?

The securities lawyer of the Goldman Scarlato & Penny PC law firm expertly advises and represents investors who are victims of broker or investment-related fraud and other misconducts and is currently investigating conduct related to Mark Hopkins’ Pending civil action by SEC on the allegation of fraud and misappropriation of funds.

It is important to note that the firm takes most cases of this type on a contingency fee basis and advances the case costs, and only gets paid for their fees and costs out of money recovered for clients. Attorney Alan Rosca, a securities lawyer and adjunct professor of securities regulation, has represented thousands of victimized investors across the country and around the world in cases ranging from arbitrations to class actions.

Investors who believe they lost money as a result of conducts Mark Hopkins’ pending civil action by SEC on the allegation of fraud and misappropriation of funds, may contact attorney Alan Rosca for a free, no-obligation evaluation of their recovery options, at 888-998-0530, via email at rosca@lawgsp.com, or through the contact form on this webpage.