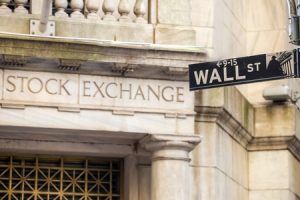 Ricky Alan Mantei, also known as Ricky Alan Mantel, a registered investment adviser and broker, is the subject of multiple pending customer disputes filed against him on the allegation of the registered representative recommending unsuitable investment to investors according to an investigation by attorney Alan Rosca.

Was Ricky Alan Mantei Your Advisor?

Securities attorney Alan Rosca’s investigation of public records reveals that Ricky Mantei is the subject of multiple customer disputes, a number which extends above 30 between December 2016 and November 2020.

The earliest of the customer disputes was reportedly filed in November 2020, by a Mantei customer who alleged unsuitability and requested $125,000 in damages. This dispute was preceded by a class action filed in august 2020 in the State Court of South Carolina, County of Lexington. The group of customers alleged misrepresentation of unsuitable investments and breach of fiduciary duty, the dispute is pending as of the date of this article.

As reported on his FINRA brokercheck page, another customer filed a complaint involving Ricky Mantei in May 2020 alleging that through the period of 2011 and March 2020, Ricky Mantei misrepresented unsuitable investments to them and breached his fiduciary duty towards them. As a result of this, the client is seeking to recover $100,000 in damages.

In April 2020, another client brought an action seeking $100,000 in damages against the investment adviser on the similar allegation of misrepresenting unsuitable investments and breaching his fiduciary duty to them.

In March 2020, another client alleged that the broker, Ricky Mantei, over concentrated their portfolio in unsuitable investments and breached his fiduciary duty to the investor between the period of 2008/2009 and 2017. The client is seeking to recover $100,000 in damages.

Another client, seeking to recover $171,000 in damages, instituted a dispute action in February 2020. Similarly, also in February 2020, a customer asked for $100,000 on damages for unsuitable investments and breach of fiduciary duty allegations.

In January, the broker was also the subject of a customer dispute action on the same allegation. The client seeks to recover $410,000 in damages.

Finally, two more disputes, both filed on 2019, alleged unsuitability. In one of them, the customer is seeking to recover $150,000, while in the other the damages are unspecified but assessed to potentially be larger than $5,000, FINRA reports.

All the above-mentioned customer disputes are currently reported as pending on Ricky Mantei‘s Brokercheck report as of the date of this article.

Ricky Mantei Was The Subject of 25 Settled Customer Disputes

According to Ricky Alan Mantei‘s brokerckeck report, he was subject of a customer dispute as early as August 1995. Since then, 24 additional customer disputes involving Mantei ended in settlement.

In September 2020, a Ricky Mantei customer accepted $14,950 in settlement for similar allegations; in the same month, another customer ended a dispute for identical amount.

In February 2021, another customer accepted $12,500 in settlement of a dispute alleging the same misconduct as the disputes above.

In May 2020, a customer accepted $12,500 as settlement for a dispute alleging unsuitability and failure to supervise.

Thirteen additional settled disputes remain disclosed on Ricky Alan Mantei‘s profile. As of the date of this article the total amount paid in settlements to Mantei’s customers exceeds $800,000.

Concerned about investments with Ricky Mantei?

Investors who believe they lost money as a result of conducts related to broker Ricky Alan Mantei’s multiple pending customer disputes on the allegation of unsuitable investment recommendation may contact attorney Alan Rosca for a free no-obligation evaluation of their recovery options, at 888-998-0530, via email at rosca@lawgsp.com, or through the contact form on this webpage.