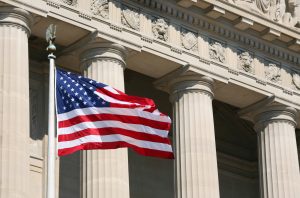 A New York based broker Ross Adam Barish, is the subject of a pending civil action instituted against him by the United States Securities and Exchange Commission (SEC) on the allegation of fraud and unauthorized trading among others, according to Ross Barish investigation by attorney Alan Rosca.

Investment fraud attorney Alan Rosca, of Goldman Scarlato & Penny PC law firm is investigating conduct related to the pending civil action instituted against Ross Barish by the SEC on the allegation of fraud and unauthorized trading among others.

The Ross Barish investigation shows that he is currently in the employment of Joseph Stone Capital LLC, a Financial Industry Regulatory Authority (FINRA) member firm. Barish has been registered with the firm since  February 2013 and he was in the employment of the firm when he carried out the alleged acts leading to the pending civil action.

Publicly available information revealed by the investment fraud attorneys at Goldman Scarlato and Penny revealed that Ross Barish is the defendant to a civil action instituted by the SEC in August 2020 as reported on his FINRA brokercheck page.

The case was filed before the United States District Court of Southern District of New York as seen on the Complaint. The action was instituted following the findings from an investigation initiated against Ross Barish in March 2020. The SEC is alleging that Ross Barish has violated Section 17(a) of the Securities Act of 1933 (the “Securities Act”) Section 10(b) of the Securities Exchange Act of 1934 (the “Exchange Act”) and Rule 10b-5.

According to the complaint, Ross Barish allegedly had no reasonable basis for the investment recommendations made to the customers. He allegedly made those investments, which were not deemed suitable for anyone, without considering the financial needs, investment objectives and circumstances of the customers. It was further alleged that Ross Adam Barish made material misrepresentation to and omitted material information from the clients. He was alleged to have described himself as an experienced broker to the customers, while all he allegedly did was to buy and sell stocks after a brief holding period among other misrepresentations.

The investment fraud attorneys further reviewed reports of customer disputes previously settled by Ross Barish. The earliest settled customer dispute was filed in February 2017. The client made allegations of unsuitable transactions, churning and excessive trading by Ross Barish. The client sought to recover $50,000 from this dispute but the dispute was settled for $14,900.

The latest settled customer dispute was filed in April, 2017. In this dispute the client alleged that Ross Barish engaged in excessive trading, breach of fiduciary duty, unsuitability of investments and breach of contracts. The client initially requested $48,000 in damages but the dispute was settled for $14,900.

Was Mark Lewton Hopkins Your Broker?

The investment fraud attorneys of the Goldman Scarlato & Penny PC law firm advise and represent investors who are victims of broker or investment-related fraud and other misconducts and are currently investigating conduct related to Ross Barish’s pending civil action instituted by the SEC on the allegation of fraud and unauthorized trading among others.

It is important to note that the firm takes most cases of this type on a contingency fee basis and advances the case costs, and only gets paid for their fees and costs out of money recovered for clients. Attorney Alan Rosca, a securities lawyer and adjunct professor of securities regulation, has represented thousands of victimized investors across the country and around the world in cases ranging from arbitrations to class actions.

Investors who believe they lost money as a result of conducts related to Ross Barish’s pending civil action instituted by the SEC on the allegation of fraud and unauthorized trading among others, may contact attorney Alan Rosca for a free, no-obligation evaluation of their recovery options, at 888-998-0530, via email at rosca@lawgsp.com, or through the contact form on this webpage.