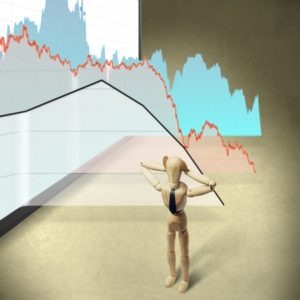 Future Income Payments reportedly claimed to be the industry leader and an innovator in buying and selling secondary market pension cash flows, often referred to as Structured Cash Flows, the reports state.

Even though state regulators originally took action against Future Income as early as 2014 over the terms on which it was buying pension benefits, the company continued to accept money from investors throughout 2017 and into 2018, reports note.

A Disabled Gulf War Veteran Allegedly Borrowed $2,7000 but was Made to Send $450 a Month from His Benefits for Five Years

For example, a disabled Gulf War veteran allegedly borrowed $2,700 and was made to send $450 a month from his benefits for five years—or a reported total of $27,000, or an annual percentage rate of 200%, according to one example in Minnesota under review by attorney Alan Rosca.

Private-market products such as the ones offered by Future Income, are often sold by financial advisers, and their sellers often target retirees looking to beat the weak returns on bonds and other savings products. In contrast to publicly traded investments, however, there are few rules on how pension advances can be sold or by whom.

The Goldman Scarlato & Penny PC law firm represents investors who lose money as a result of investment-related fraud or misconduct and are currently investigating Scott Kohn & Future Income Payments’ alleged private market pension scam. The firm takes most cases of this type on a contingency fee basis and advance the case costs, and only gets paid for their fees and costs out of money recovered for clients. Attorney Alan Rosca, a securities lawyer and adjunct professor of securities regulation, and has represented thousands of victimized investors across the country and around the world in cases ranging from arbitrations to class actions.

Investors who believe they lost money as a result of Scott Kohn & Future Income Payments’ alleged private market pension scam may contact attorney Alan Rosca for a free no-obligation evaluation of their recovery options, at 888-998-0530, via email at rosca@lawgsp.com, or through the contact form on this webpage.

Tags: Scott Kohn , Scott Kohn complaint , Scott Kohn investors , Scott Kohn lawsuit , Scott Kohn losses , Scott Kohn scheme
In our legal system, every person is innocent until and unless found guilty by a court of law or a tribunal. Whenever we reference “allegations” or charges that are “alleged,” such allegations or charges have not been proven, and are merely accusations, not findings of fault, as of the date of the blog. We do not have, nor do we undertake, a duty to continue to monitor or follow cases about which we report, and/or to publish subsequent updates regarding various developments that may occur in such cases. Readers are encouraged to conduct their own research regarding any such cases and any developments that may or may not have occurred in such cases. Also, the brokercheck report linked to some of our blogs is the up-to-date version as of the date of accessing. Visitors may check the most recent version of each brokercheck report at www.finra.org.