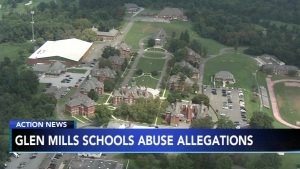 A recent article appearing in the Philadelphia Inquirer, published on February 20, 2019, detailed stories of choking, punching, broken jaws, and bashing boys’ heads into a refrigerator as a regular occurrence at The Glen Mills Schools in Delaware County, Pennsylvania. This abuse was perpetrated on troubled boys who believed they were lucky enough to go to one of the nation’s leading reform schools. The abuse, allegedly compounded with delayed medical treatment and threats of far worse conditions if anyone reported the abuse, allowed the institution to hide decades of severe physical beatings.

According to the article, the school preferred to hire power lifters and ex-quarterbacks as counselors instead of properly trained professionals. The counselors would routinely beat up the boys and then hide them until their physical injuries were no longer visible. The abuse was even allegedly hidden from state investigators by threatening the boys or physically preventing them from speaking to the investigators. The abuse detailed in the article was extreme and far exceeded any kind of physical restraint permissible under the law.

This kind of physical abuse can leave long lasting psychological scars often in the form of post-traumatic stress disorder. Instead of reforming these boys, the school apparently implemented a culture of severe abuse in an effort to control and repress these minors. Trauma caused by abuse can often lead to self-destructive retaliatory or rebellious behavior that can manifest in the form of substance abuse or suicide. Long after the physical injuries are healed these young boys will likely need therapy to help heal the effects of the trauma that was caused to them.

Under no circumstances is this level of abuse justified. Philadelphia Council member Kenyatta Johnson was quoting saying that Glen Mills needs a complete overhaul of leadership; Council member Helen Gym called for an immediate independent investigation, “specifically around the evidence of potential abuse, coverup, witness intimidation, and what criminal and civil laws may have been broken.” There is also an ongoing investigation that has been initiated by the Department of Justice and the Pennsylvania Auditor General’s office recently announced its own investigation.

If you or a loved one was a victim of the physical abuse occurring at The Glen Mills Schools, our trauma informed team of lawyers are here to talk to you about your legal options. You can contact Melissa Hague or Doug Bench any time of day or evening by phone at 888-872-6975 or 484-344-5850 or by email at Hague@lawgsp.com or Bench@lawgsp.com.