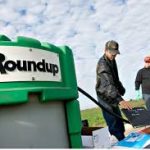 In the last year, juries have awarded $289 million, $80 million, and $2 billion to Plaintiffs claiming they were injured by Roundup. In the most recent case, a California jury awarded a couple more than $2 billion in a verdict against Monsanto, which is now owned by Bayer. An Alameda County couple, Mr. and Mrs. Pilliod, were both diagnosed with Non-Hodgkin’s Lymphoma (NHL) as a result of their use of the glyphosate-based herbicide, Roundup. The jury awarded them each $1 billion in punitive damages and an additional $55 million in collective compensatory damages.

In March 2019, a San Francisco jury awarded $80 million to a man who used Roundup and was diagnosed with NHL. In August 2018, another San Francisco jury awarded $289 million to a plaintiff diagnosed with cancer. Bayer is appealing all three verdicts and claims there is no link between Roundup and NHL. More trials are set to take place later this year, including the next one in St. Louis, Missouri.

In 2015, the well-respected International Agency for Research on Cancer published a brief explanation of its findings that glyphosate, the main ingredient in Roundup, is a probable carcinogen to humans. The research, published in The Lancet Oncology, relied on studies conducted on the chemical over the last few decades.

The use of glyphosate has increased substantially over the last two decades with the introduction of genetically engineered crops that can withstand the herbicide. The increased use has resulted in weeds in many regions developing resistance to Roundup, which in turn has led farmers to use more of the product than ever before.

WHAT PERSONS WHO HAVE USED ROUNDUP

AND BEEN DIAGNOSED WITH NON-HODGKIN’S

If you have suffered an injury as a result of Roundup, you should contact Melissa Hague, Esq., the consumer product defect attorney, at Goldman Scarlato & Penny, P.C, to get more information about this case. Ms. Hague can be contacted at our toll free number: (888) 872-6975 or by email: hague@lawgsp.com. Goldman Scarlato & Penny is dedicated to continuing to litigate all cases where Plaintiffs were harmed by Roundup.