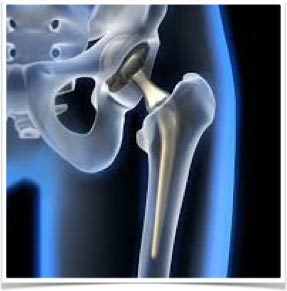 On Friday November 2, 2018, Judge Harz of the Superior Court of New Jersey along with Judge Talwani of the U.S. District Court for the District of Massachusetts announced the settlement of the Stryker LFIT V40 hip replacement implants. The settlement which was reached between Stryker Corp. and National Plaintiff’s Leadership counsel includes cases pending in the MDL and New Jersey Superior Court. It is suspected that the settlement covers certain cases involving both recalled and nonrecalled CoCr V40 femoral head implants used in conjunction with certain Stryker stem components such as Accolade TMZF, Accolade 2, Citation, Meridian and Rejuvenate.

The initial settlement terms are confidential and will not be publicly disclosed. Settlement values are believed to vary depending on certain case specific criteria including the degree of harm and the extent of permanent injuries that were suffered. Although the settlement, as stated, will not cover all filed claims, it is a substantial step in the resolution of earliest filed cases involving this product.

On August 29, 2016 Stryker recalled over 42,000 hip implants involving LFIT V40 metal femoral head components. Stryker notified implanting surgeons that these implants have a “higher than expected” revision rate as a result of taper lock failures. The LFIT V40’s flawed design results in excessive wear causing metal from the cobalt-chromium head to get into a patient’s bloodstream and surrounding tissues. These implants are also subject to spontaneous dissociation caused by corrosion of the metal components. These types of failures can cause severe debilitating pain, metal poisoning and often require surgery to have the defective device removed and replaced with a new implant.

Goldman, Scarlato & Penny is dedicated to continuing to litigate all Stryker V40 hip implants that failed and had to be replaced. If you had one of these implants that failed and required additional surgery you should contact an attorney if you have not already done so. If you are not already represented by counsel and you have one of these implants and have questions, please contact Melissa Hague, our defective medical device attorney, at our toll-free number: (888) 872-6975 or by email: hague@lawgsp.com.